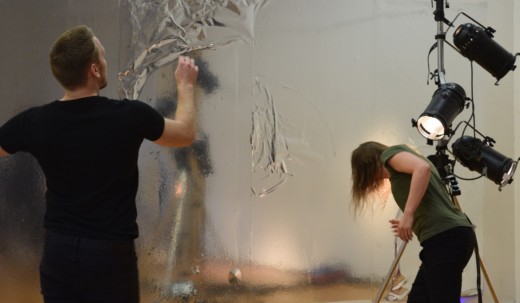 The concept of the  M U S I C's  space is to create a long and unique movement that combining dance gesture and musical gesture to an extreme limit, in order to annihilate the boundaries between these different disciplines. The electronic and acoustic sounds embrace the space, that we all become a part of. The work of the Greek composer Iannis Xenakis is the major source of inspiration for the piece. He is known to have released his music from all the conventions of his time and to have explored musical principles based on mathematical, architectural and physical contingencies.